​The whole "idea" behind Grateful Fred's came when I first heard about the concept of "House Concerts" after stumbling across my friend Rob Ellen's wonderful website "The European House Concert Hub". The idea that leading, professional musicians would come to your home and perform a full concert for your friends and neighbours was amazing to me and I loved the concept as soon as I heard about it. And the thought of being able to hear live music in the comfort of your own home with friends really fired me up.

I researched more and more and the more I found out about house concerts the more I thought "I've got to do this". Excitedly I told my lovely wife, Barbara, about it and she agreed that it was a great idea and a wonderful way to hear (and support) music. Sadly, she had one proviso...

Ah. Problem.  That's when the idea breaks down...and the rest is history, as they say.

​I managed to find an alternative venue, The Freshfield Hotel, in Formby and, after almost nine years ( at the time of writing) we are now happily housed at the superb Atkinson Theatre in Southport.

But the idea of house concerts remained with me and when we moved house late last year, we were lucky enough to find a property that has sufficient space for Barbara to let me set up the Grateful Fred House Concert series and, (again at the time of writing) we've already held our first house concert with the superb "Eric Brace and Thomm Jutz", who played a blinding show for over thirty of us.

Hopefully, we'll be continuing holding house concerts for the foreseeable future and below you'll see details of what's in store over the coming months and some music and video from past house concerts.

If you'd like to come and join us for any of our concerts please either email me at gratefulfreddie (at) gmail.com or call me direct on 0797 077 4618 or use the form on the "Contact Us" page.

Our house concerts tickets are normally £10 per person (there may be an exception every now and then) and you can keep up to date on whose appearing at the house concerts and at Grateful Fred's at The Atkinson by subscribing to our Newsletter.
Thomm Jutz & Eric Brace at the first Grateful Fred House Concert, July 2017 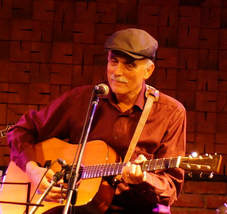 Jim Kweskin is probably best known as a singer and bandleader. He also created one of the bedrock guitar styles of the folk revival, adapting the ragtime-blues fingerpicking of artists like Blind Boy Fuller to the more complex chords of pop and jazz. He has maintained a remarkably consistent musical vision since his jug band days, continuing to explore traditional folk and blues with the sophisticated sensibility of a jazz musician and jazz with the communal simplicity of a folk artist. He has recorded solo ventures, as a member of the U and I band, and with U and I bandmate Samoa Wilson, and continues to perform widely in various formats. In recent years he and Geoff Muldaur have often appeared as a duo, revisiting and expanding on their Jug Band repertoire.
"There has never been another group like Jim Kweskin and the Jug Band. The original "Americana" band, playing everything from classic blues to hillbilly country, ragtime, jazz, and rock 'n' roll, they perfectly captured the legendary 1960s mix of exuberant anarchy and heartfelt sincerity. Their imitators were legion, including a San Francisco jug band that became the Grateful Dead and a New York jug band that became the Lovin' Spoonful, but no other group attained their unique blend of youthful energy and antiquarian expertise, tight musicianship, loose camaraderie, and infectious swing".

"Nathan Bell"
​Nathan Bell is a songwriter’s songwriter, a man who has shared bills with legends like Townes Van Zandt, Emmylou Harris, Taj Mahal and Norman Blake. The son of a poet and professor, his concise narratives come wrapped in gorgeously downhome yet ethereal production, adorned with gentle harmonies, daydreaming mandolin and the occasional blanket of pedal steel. He’s got a keen eye for detail, and an unapologetic penchant for the political, populist humanism of his literary heroes John Steinbeck, Jack London and Studs Terkel.

Nathan Bell has lived life. At 56, the wizened songwriter’s weary voice bleeds experience. He’s seen both sides of the coin—traveled the nomadic, bohemian path of the hard-luck troubadour, and found comfort and meaning in the stability of a family, a home and a near two-decade corporate gig. And now, with a guitar back in his hands where it should be, he’s ready to tell the tale. But it’s not just his own story he’s after. It’s a story of America, of the working classes—both blue and white collar. 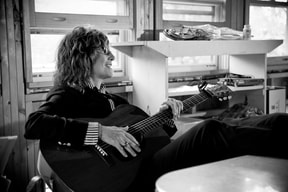 "Amelia White"
​2016 was a good year for Amelia White in the UK, where her last full-length release, “Home Sweet Hotel,” landed some killer reviews, like a top country pick in the Telegraph (along with Buddy Miller, Bonnie Raitt, and John Moreland.) She played Maverick, Summertyne, and Platform festivals, along with a month of club dates. While touring, White stayed in a promoter’s attic in York, and reading the news from the US began to write, the songs that would make up “Rain.” That ocean of separation gave her the necessary distance to comment on the shake-up back home without finger pointing, something that White has always done. No judgement, just sharp observations that lead to emotions. Music City Roots host and journalist Craig Havighurst wrote that “her songs each have some fascinating crystalline shape that invites close attention and touch. “Rhythm of the Rain” is a collection of tunes touched by White’s tenure in theUK, where it will be released on Oct. 27th, 2017, (Distribution through Proper Records)  as an offering of thanks for feeling embraced just when she needed it.