"...... the growth of an exciting songwriter, destined to be one of the greatest of her generation"
Alan Cackett
Journalist, Broadcaster 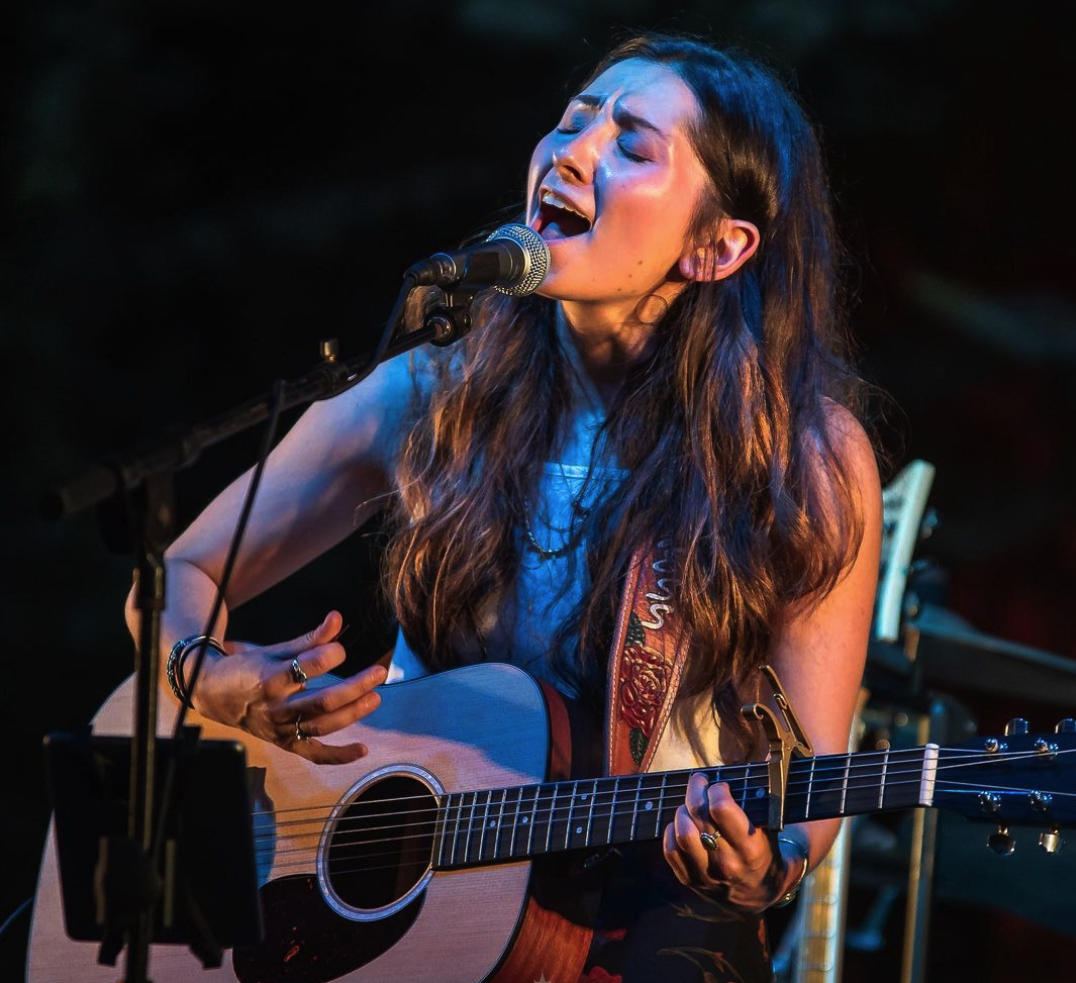 Jess Jocoy makes atmospheric Americana for rainy days and twilight hours. It's an ethereal sound with organic roots, anchored by a longtime love of country music, a storyteller's nuanced delivery, and a folksinger's finesse. A sound that blurs the lines between genres, creating its own blend of twang and texture along the way.

Raised two hours south of Seattle, Jess grew up beneath the drizzling skies and lush landscapes of the Pacific Northwest. "I'm a mountain girl at heart," she says, nodding to the scenery that shaped albums like her acclaimed debut, Such a Long Way, and its 2021 follow-up, Brighter Eyes, with the woozy, watercolored beauty of her native Washington. She created both records in her adopted hometown of Nashville, a city whose songwriters had first captivated her attention as a child. Morning after morning, a young Jess would listen to records by Alan Jackson, Miranda Lambert, and Shania Twain on her way to school, building the foundation for the unique sound — a blend of northwestern and southeastern influences — that would eventually take her across America.

Jess' cross-country travels were brought to a stop in 2020, when the Covid-19 pandemic halted her touring career. At the time, she was riding a wave of critical acclaim for Such a Long Way, a debut album inspired by grief, gratitude, the loss of her father, and the love of creating music. No Depression hailed the record's "insightful, open-hearted songs" and "smooth blend of traditional country and folk sounds," while American Songwriter praised the "mournful effervescence" of songs like "The Ballad of Two Lovers." The iconic radio station WSM, home to the Grand Ole Opry since 1925, made Jess their "Artist of the Week," and her music even made its way onto national television, where she performed "Easy" during an episode of NBC's Songland. Those childhood dreams of making her mark in the same town as her musical heroes had finally started to come true, only to be postponed by a disease that sent the entire world indoors.

Brighter Eyes was created during those long months spent inside. It's a self-produced EP about perspective, filled with songs that explore new storytelling techniques while doubling down on Jess Jocoy's glimmering sound. She relishes a break from the rat race with the title track, whose cinematic arrangement makes room for waltzing percussion, swooning pedal steel, and contributions from harmonica legend Mickey Raphael. "Constellations" finds her delivering a breezy blast of front-porch folk, while "Winter" weaves her voice between clouds of reverb and Telecaster guitar. On "Mansion on a Hill," she even delivers a nostalgic love song from a husband's viewpoint. "Just because you're a woman, you don't have to sing about love only from a woman's perspective," she says of the latter song, whose gender-flipping narration recalls John Prine's "Angel From Montgomery." "A great story can be told by anybody."
Jess Jocoy knows a thing or two about great stories. She's been writing them for years, mixing autobiography with richly-imagined fiction, gluing the whole thing together with a voice that's every bit as evocative as her songwriting. Brighter Eyes begins a new chapter in her own story, marking the spot where Jess learned to savor the present while pushing forward toward a better future.
"I've learned how to say, "It's ok to have moments of rest,'" she says. "It doesn't lessen your ambition. Once I finally wrapped my head around that idea, I started to see the world with brighter eyes and a new perspective. I started to see music itself in a different light."

Please come and join us to see and hear Jess perform in "Grateful Fred's Shed", Birkdale, near Southport on June 22nd at 8.00pm.

Dont' worry, "Grateful Fred's Shed" isnt' quite as bad as it sounds!

Tickets are just £12.00 from gratefulfreddie@gmail.com.